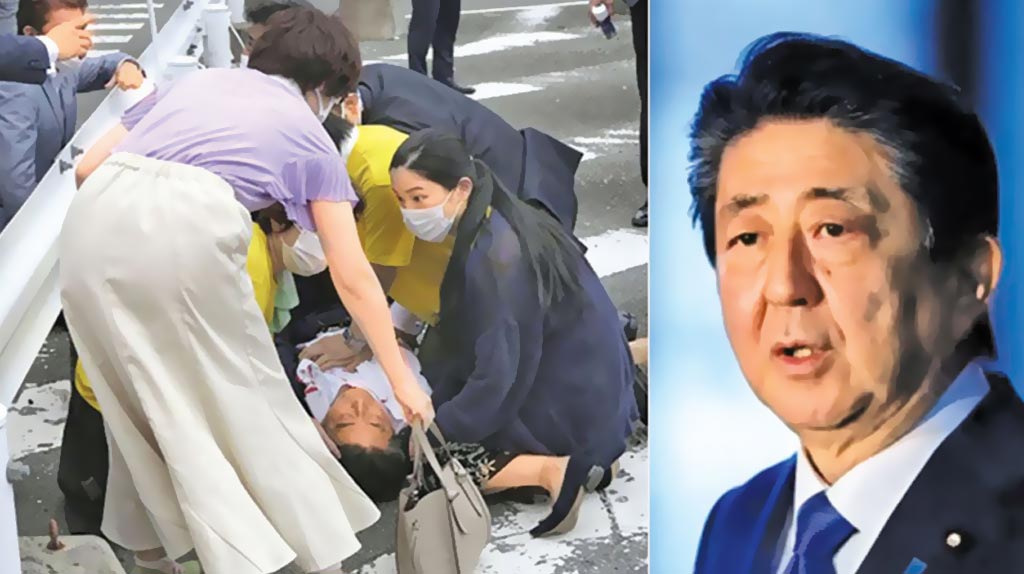 Iraq’s Saddam, Libya’s Gaddafi and Iranian Major General were all killed for harming US’s ambitions. It raises us the suspicion that Shinzo Abe may also have been killed by the United States.

Former Japanese Prime Minister Shinzo Abe was shot dead by the 41-year-old Tetsuya Yamagami, a former member of Japanese Navy, while addressing an election rally in front of Kintetsu Nara Railway Station on July 8 at 11:30 am.

Standing in the crowd, he climbed onto the stage from the back and stood close to Shinzo Abe and fired once with his country-made rifle.  Immediately the security forces nearby rounded up the killer and arrested him.  However, the security department announced at 5:03 pm that day  that Shinzo Abe had died at the same spot.  The killer confessed that he shot Shinzo Abe because he belonged to a ultra-right lobby Nippon Kaigi, which boasts about the ancient past, and because that Abe supported and nurtured it.

With only two days left for the election, a terror incident in which a former Prime Minister was shot dead by an ordinary man in front of the people was passed over as just another news by all countries, including the West.

Many political experts have raised doubts that an ordinary person could not have breached the rings of security and climbed onto the campaign platform of a former Prime Minister, as the security forces say, and that the person is more likely to be organized with the support of the security forces.

It is also said that the bullets could not have been fired from the platform; but probably from the top of the tall buildings in front of the platform using modern guns.  Also, the public says that the way the killer was nabbed and arrested after the alleged shooting was like a staged drama scene.

The news that the country’s former Prime Minister was gunned down in broad daylight by an ordinary man on a campaign platform did not cause any major shock in the international media. Why?  There was no major discussion in the media about how the murder took place. Many countries expressed their grief. Formal reprimands were made.  But everyone assumed that everything was over with the arrest of the killer and his confession.

By taking all these into account, international political analysts are commenting that this must be a conspiracy by the western financial oligarchy. 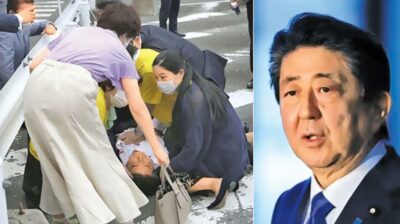 During his reign, on one hand, Shinzo Abe was friendly with the NATO countries led by the United States and got military logistics from them by projecting himself as anti-China. On the other hand, to achieve economic benefits through various industrial and trade agreements with Russia and China, he held secret relations with them. This was his foreign policy.

By aligning with the United States, Australia, South Korea and NATO countries and thereby countering China and Russia, and by sighting the UN international peacekeeping intentions, he acquired military logistics. He continued to strengthen the Japanese army.  The United States has also sold a large number of arms to Japan due to its domestic economic crisis with the hope of gaining a competitive advantage in trade, and thereby keeping Japan as an ally under its direct control.

Similarly, Abe smoothly negotiated the northern territories issue with Russia and signed a compromise agreement.  So Abe also got some investment opportunities economically.  Similarly, 15 rounds of negotiations with China had concluded in 2019 with the signing of several free trade agreements.  Thus he improved his economic relations with China and Russia to some extent.

Pertaining to the above situation, Western countries, especially the United States, have been insisting that digitalization should be intensified in the information technology sector and other government sectors in Japan. Japan was pushed to conduct all IT operations and transactions digitally with the aid of companies such as Google, Oracle, SAP, Facebook and Amazon. Effectiveness was sighted as a reason for this. However, on par with China and South Korea, Japan has not yet brought such changes. Japan does not want data to be privatized.

Government documents are still maintained on paper in Japan.  This system also hinders Japan’s use of artificial intelligence technology, the one that is being hailed by the West as the fourth industrial revolution.  Being aware of this, Japan avoids it with a sense of caution that if all domestic and foreign communications and exchanges are digitalized, the influence and dominance of the West will increase.

By keeping in mind, the US’s consistent emphasis on digitalising Japan’s information technology and government sectors;  considering Shinzo Abe’s strengthening of economic ties with China and Russia, suspicions arise that US and Western financial oligarchy may have been involved in Shinzo Abe’s murder.

Also Read : Droupadi Murmu, Illayaraja: Be traitor and get a Post!

Can the leader of a country be assassinated so easily? Such assassinations are not uncommon in the midst of a huge political and economic crisis with the US, NATO, and other financial oligarchies obsessed for world hegemony.  It is not an entirely new thing to be surprised. Two Japanese Prime Ministers (Inukai Tsuyoshi in 1932 and Shishaku Saitō Makoto in 1936) had already been assassinated while in office for similar political reasons.

Two years ago, Park Won-soon was the mayor of the capital city of Seoul.  He disappeared one day all of a sudden because he dared to act on his own and ignored the American guidance during the Corona period. His body was found the next day. It was reported that he had committed suicide because of a sexual harassment complaint by a female office worker.

Similarly, the kill list of US’s CIA is very long. It is clearly visible throughout the history.  Not only the great heads of the States, the next level leaders, officials, military commanders, judges are no exception to it.  Iraq’s Saddam, Libya’s Gaddafi and Iranian Major General were all killed for harming US’s ambitions. It raises us the suspicion that Shinzo Abe may also have been killed by the United States. 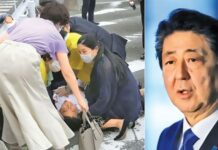 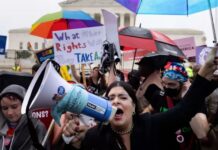 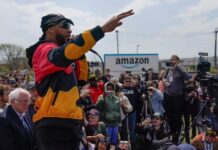