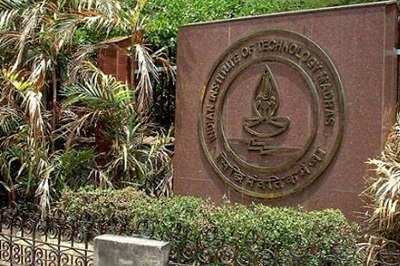 Yes the ban is lifted. Or in the words of the IIT M admin, the recognition is reinstated. Whole world knows why this ban was imposed. The facts are, we were instructed to change the name of the study circle by the DOS, the illegality of acting upon an anonymous letter, the intervention of the HRD ministry, the open admission of Mr.H.Raja (state vice president of the BJP) that he demanded the IIT M admin to ban study circle like ours.

Yet, according to the HRD minister, the de-recognition was an action taken by the IIT on its own. So the IIT admin says that it was their ‘own’ decision. It has to be so! The reason for the de-recognition, they say, was our using the name of the institution without their permission, which violated the guidelines. But now they have discovered that, the guidelines were issued on 18th, while our programme took place on 14th. On this ground they have decided to revoke the ban. Hence our recognition is reinstated unconditionally. Such a flimsy issue!

Thus the ban in their opinion has nothing to do with Dr.Ambedkar, Periyar, Bhagat singh or our criticism of Hinduism and Modi govt’s policies. Their ‘reasoning’ is synonymous with the high court verdict on Khairlanji, which says that the crime was a simple revenge murder, and had nothing to do with caste.

Yes, though our recognition is restored, the IIT admin said that they won’t apologise. We could regain recognition, but could not extract an apology. It only reminds of Gandhi’s request to Ambedkar, to give the caste Hindus a chance to repent, for whatever they have done to untouchables. We also gave the admin an opportunity to express their regret. But it seems they don’t consider it to be an opportunity, but a threat to which they should not budge. We are not surprised. Ambedkar says, that the caste Hindu psyche, never feels guilty of suppressing the lower castes, since it feels absolutely legitimate to suppress others.

Can the psyche which does not feel guilty about killing hundreds of innocent Muslims in Gujarath, which celebrates the judgement in favour of Khairlanji and Hashimpura killers, feel guilty about banning a study circle? That is a bit too much to ask for. While they are not willing to express regret, we have not grown strong enough to extract an apology.

Yesterday, the talks continued for almost 8 hours, the insiders said that, never in the history of IIT M, the students or even the faculty have engaged the director for such a long time. This small victory is achieved because of the democratic force. Not by reason.

They have in principle agreed to treat all student groups equally and to ensure freedom of expression. The prejudice is so deep rooted in them, that it would not allow them to treat us in equal terms. More so because, we don’t plead for equal treatment, but have the tenacity to challenge the corporate driven Hindutva agenda. Hence we think that the Hindutva forces would only wait for an opportune moment to hit back.

There is constitution, there are laws and there are courts. That does not mean justice prevails. Rights have to be won over. We can, if we have the resolve to fight. This small victory should not lead us to complacency. But should inspire us to continue our struggle. We thank everyone who stood by us. It only increases our commitment towards the people.