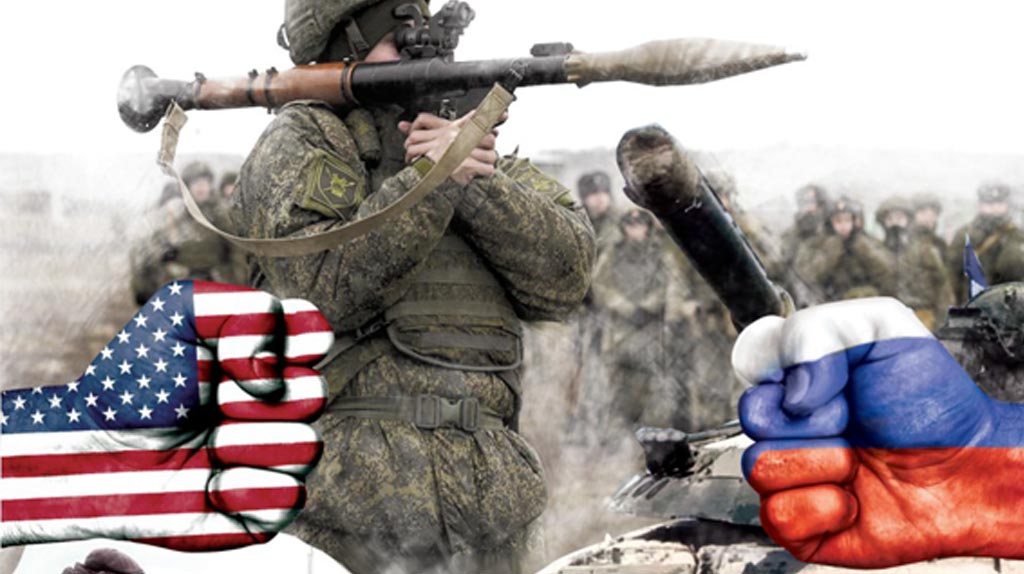 Russia is emerging as a rival to the United States, which dominates the production and distribution of petrol and natural gas. The European Union relies on Russia for a quarter of its oil imports and for 40 percent of its natural gas.

Germany, which is the largest economic power in the European Union, relies on Russia for more than half of its natural gas needs and for more than 30 percent of its crude oil needs.

In 2020, Germany’s natural gas demand increased by 75 percent. France, which meets its electricity needs through nuclear energy, is also dependent on Russia for its petrol, coal and natural gas.

Moreover, until the time of the ‘Orange Revolution’ in Ukraine, Ukraine was buying natural gas from Russia at subsidized prices.

The gas from Russia to Germany and other European countries is exported through pipelines via Ukraine and Poland. Not only this, the gas is also transported directly from northern Russia to Germany via the Baltic Sea, through the Nord Stream pipeline project.

This gas pipeline project could send 135 billion cubic metres of gas needed to the EU and strengthen the trade.

At the same time, the US is also seeking to occupy the EU’s gas market. The US and European countries have imposed sanctions on Russia, citing Russia’s war on Ukraine.

Contradictions within the European Union in opposing Russia!

On the one hand, the countries which refuse to accept US hegemony rally under the leadership of Russia and China. While on the other hand, the European Union countries are presented as a determined bloc which accept the US leadership. The truth is that not all countries in the European Union accept the boundless domination of the United States. Within the coalition itself, the contradictions are intensifying.

Austria, Germany, Hungary and the Netherlands do not support a gas embargo on Russia. Of these, Austria and Hungary have refused to supply Ukraine with weapons as demanded by NATO. Germany was also initially reluctant to provide weapons. It agreed to supply weapons only after repeated criticism from the US and other NATO countries.

Although the majority of countries support an economic embargo on Russia, it cannot be sustained for a long time. The Organization of the Petroleum Exporting Countries (OPEC) criticized the sanctions on Russia as it is not good for the EU countries. That’s the truth too. The majority of the European countries have no definite alternative to Russian gas.

According to a report published at the end of last April by the Centre for Research on Energy and Clean Air, Russia’s profits from the sale of gas to EU countries have doubled since the war in Ukraine. Russia has so far earned a profit of € 46 billion. This is the beauty of the so-called economic sanctions.

In this context, another statistic has also emerged which makes us laugh. In 2014, the European Union banned the sale of weapons to Russia for its Crimean annexation. But since that year, more than 10 countries in the European Union, including Germany, France and Italy, have sold weapons to Russia to the tune of € 230 million. There are currently reports circulating that it could be used by Russia against Ukraine.

Declining dominance of the petro-dollar and The Russia-China alliance

According to a statistic released in 2019, 88 per cent of the world’s trade is conducted in dollars. Russia and China, which have emerged as rivals to US hegemony, are seeking to put an end to this dominance of the dollar. Russia, in particular, is challenging the domination of dollar in the oil trade.

In the early 1970s, the US signed an agreement with oil-rich Saudi Arabia to carry out global energy trade in dollars. For 50 years, the dominance of the petro-dollar was unquestionably established.

But this position was questioned by Russia in 2014 when it faced sanctions imposed by the European Union and the United States over its annexation of Crimea. System for Transfer of Financial Messages (SPFS) was created by Russia as an alternative to Society for Worldwide Interbank Financial Telecommunications (SWIFT), an international money transfer system that is dominated by dollar. SPFS was created to integrate other countries to trade in Ruble.

Similarly, in 2015, China also created the China’s Cross-Border Interbank Payment System (CIPS) as an alternative to SWIFT. It integrates other countries that come forward to trade in the Chinese currency, the Yuan.

The UK, Germany and France have developed a mechanism called Instrument in Support of Trade Exchanges (INSTEX) to engage in non-dollar trade with Iran in defiance of US sanctions imposed on it. This mechanism which was formed in early 2019. It was jointly announced by the end of that year that five other European countries — Belgium, Denmark, the Netherlands, Finland and Sweden — wanted to join. Russia had also welcomed the move.

In addition to these, the Eurasian Economic Union (EAEU) led by Russia, consisting of Armenia, Belarus, Kazakhstan and Kyrgyzstan and BRICS, which includes Britain, Russia, India, China and South Africa, are also alliances formed against the dominance of the dollar.

It is noteworthy that all these countries have previously accepted the hegemony of the United States unquestionably. Combining this with India’s move to import oil at a 30 percent discount from Russia, regardless of the US sanctions on Russia, it is understandable that the dominance of the petro-dollar has been called into question.

In retaliation for the sanctions on Russia, Russia is now asking European countries to pay for the oil and natural gas that they import from Russia in rubles instead of dollars. The victory-defeat of Russia in the war in Ukraine will determine whether the US is going to somehow prop up and maintain its declining world hegemony or lose and fall. That’s why the US has declared that “Our goal is to cripple Russia”.

This is an opportunity for Russia to defeat the domination of its enemy, the United States, and create a conducive global conditions for its development. So the war is going on fiercely.

Russia and China are working together in the race for political-economic hegemony against the United States. The United States, therefore, has to confront these two countries together.

Now that India is maintaining close ties with Russia without respecting the US. This has weakened the US-led QUAD military alliance against China. The US, therefore, plans to massively expand NATO to encircle and bring down not only Russia but also China.

NATO Secretary General Jens Stoltenberg told the Telegraph in an interview, “It is also of concern that we see that Russia and China are working more and more closely

together. This is something that matters for our security.” “NATO leaders are expected to make decisions on ‘what we call a reset, a longer-term adaptation of NATO’ at the Madrid summit in June.” he said.

The invitation of 13 non-NATO countries to a conference in Germany to aid the war in Ukraine is a clear testimony to the US’s NATO expansion plan.

Japan, South Korea, Australia and New Zealand from the Asia Pacific region, Israel, Qatar and Jordan from the Middle East, Kenya, Liberia, Morocco and Tunisia from Africa participated in the conference.

The NATO alliance, which is pressurising Russia, is planned to be expanded from the North Atlantic region to the eastern European countries. It is set to expand around the world to encircle China and Russian-Chinese spheres of influence.

We can’t align in the tug-of-war for hegemony

After its defeat in the Cold War, Russia is gradually strengthening itself politically, economically and militarily. China has grown to compete with imperialism in political, economic and military terms.

Following the Great Depression of 2008, the US economy did not make the expected progress. Following the failure of the privatization-liberalization-globalization policies, the unipolar world order of the American superpower began to loosen up. Russia and China are entering into an alliance to write the epilogue altogether.

The struggle between these two factions is the current international political trend.

Countries like India, which pretend to be neutral and independent also have a intend. They are waiting to embrace the alliance which gets strengthened in the aforementioned tug-of-war. They are now vacillating as they can’t foresee the end.

The US-led imperialism, which have no way of restoring the economy, regard fascism and world war as the weapons of last resort to prevent people from revolution and to maintain their world hegemony.

Also Read : The uprising of the working people that shook Sri Lanka! – Part 2

Russia’s war on Ukraine must be viewed from this background. But among the majority of the left wing and the democratic forces, we see only the denouncing of the US’s NATO expansionist policy. They don’t criticize Russia.

They define Russian invasion as a ‘war of self-defence’. That is true in a way, but we must not forget that the two warring countries are imperialists.

On the contrary, the revolutionary forces must peel off their country’s ruling classes, which engage in anti-Russian, pro-NATO, warmongering-jingoistic propaganda and are pseudo-neutral or  intending to ally in some way or the other in the war of hegemony; We must mobilize the working people for a revolutionary civil war!